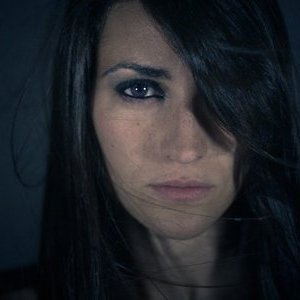 Those who truly get to excellence in their profession share a common feeling: they never chose their job – rather they were chosen.

This certainly holds for Annalisa Flori, who can’t say when she fell in love with photography, having been involved with it since she was a child. Undoubtedly, though, passion turned into profession during her college years. After leaving her hometown, she moved to Pavia to study Intercultural and Multimedia Communication. It was then that she started to work as an assistant to an advertising photographer. This led her to quickly grow, both as an artist and in technical expertise.

Her specialization was Still Life, but life apparently had different plans.

Aged 23, she took part in the birth of YouExpo communications, building up an extensive experience in art, fashion, music events, and backstage photography – which still remains her secret love.

Her recognized talent brought her to work with artists from all over the world, to cover international events like the VENICE FILM FESTIVAL and to work with international fashion brands like FISICO, SALVATORE FERRAGAMO, ATELIER SIVIGLIA, LEROCK, YOUNGBLOOD, WHO’S WHO.

When asked about her professional life, Annalisa’s reaction is twofold: she can’t stop talking, and yet she can’t choose her most important experiences. Having one of her photographs chosen by EVA POLES (PROZAC+’s legendary singer) for the booklet of her solo album “Duramadre” was certainly a highlight. Shooting viral promotional videos for Cluster, the highly-regarded vocal group, was another.

She smiles remembering how she ranked in the top 20 finalists of the VENICE MOVIE STAR PHOTOGRAPHY AWARD in 2011, with a portrait of RUTGER HAUER, and she gets illuminous when she tells that her work as the head of communication and catalogues for giants of fashion like LARIO, SUTOR MANTELLASSI and BANFI.

More movie work and more fashion to follow: she won a prize in the “Best Reportage” category at the VENICE MOVIE STAR PHOTOGRAPHY AWARD in 2012 and signed the FINAMORE fashion campaign in 2013. That’s another love story which doesn’t mean to end.

Official photographer at the 66me FESTIVAL DE CANNES, GETTY IMAGES collaborator and member of TAU VISUAL in Italy.

In 2014, during the Abu Dhabi's film festival's eighth edition, she produces, in collaboration with the "Movie Stars Lounge" for ADFF, "The One Off Shot Series" , shooting more than 100 between actors and directors taking part at the festival.
All the talents portraited by Annalisa Flori signed a unique printed copy of the shoot.
Portraits were esposed in an exhibition at The Emirates Palace.

In 2015, a jury represented by the great photographer Roxanne Lowit recognizes her the prize for the best portrait taken during the 72nd edition of the Venice Film Festival.
The award-winning portrait depicts Dakota Johnson and Tilda Swinton loked in an hug.

In 2016 she flies to Los Angeles to work for The Golden Globe Awards.


Her work speaks for herself, though: visit her on www.annalisaflori.com. Yet among all these gifts, she feels she’s horrible at writing bios. Nobody is perfect, after all. Also, the legend tells that she refused to get on a boat with Michael Keaton because she was working – but you’ll have to ask her personally about this, and how she cried for days afterwards.

She lives and works in Milan, but she can sometimes be seen in Novi Ligure, where she was born in 1987.